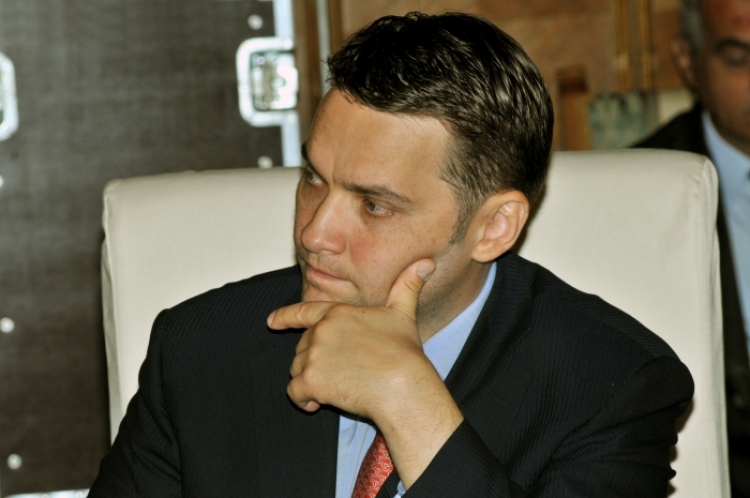 How to stall and lose 10 million euro

The document obtained by the Investigative Media Center, available below, states clearly that employees of state-owned Eximbank and "structures of the Ministry of Transport" are to blame for the state's loss of EUR10 million by failure to execute the letter of guarantee.

"In conclusion, it is the opinion of the control team that, first and foremost, Eximbank SA, an entity specialized in the field and with specific obligations to the Ministry of Transport, is at fault for the non-execution of the letter in a timely manner.

However, this reality does not exclude the concurring fault of structures of the Ministry of Transport empowered to fulfill the letter execution procedure, which should have sent appropriate payment instructions in a timely manner," the report notes on page 28, under "conclusions".

A close reading of the course of events, as described by the two authors of the report, shows how, not always directly, ministry employees requested opinions from one another multiple times, opinions that had already been expressed and were known by all parties involved. The document reveals considerable delays and false information sent by Eximbank to the Ministry, for instance, that look like attempts to buy time for Gruia Stoica.

The clear legal grounds for the execution of the letter of guarantee is given on March 5, when the Legal Department draws up a reasoned opinion in this respect. The Ministry's legal experts state clearly that GFR should lose the EUR10 million Raiffeisen Bank Austria had guaranteed for the company. All the Ministry of Transport, led by Dan Sova until today, had to do was make sure a piece of paper bearing the Ministry's official stamp and signatures of ministry officials reached Raiffeisen, in Austria, by March 21. The content of this paper was stipulated in the letter of guarantee: the Ministry was to inform the bank that GFR was in one of the situations indicated in the privatization contract as grounds for termination at the fault of the buyer, therefore the Ministry was notifying the execution of the letter of guarantee.

However, employees of the Ministry of Transport failed to draw up that letter and send it to Austria sometime between March 5 and March 21, therefore the state was unable to execute the guarantee pledged by Gruia Stoica's company.

During the last two days in which the letter is still valid, ministry employees and Eximbank officials seem to seek new pretexts not to execute GFR's guarantee. What other explanation is there for the fact that, at the ministry's request, Eximbank notifies Raiffeisen Austria via a SWIFT message instead of an original written notification, as required in the letter of guarantee.

In typical Romanian fashion, the letter was sent to Austria the day the guarantee was set to expire, through DHL, but not using the company's special same day delivery service, which costs just EUR18 extra for this type of correspondence.

As it was sent on a Friday, the original letter doesn’t reach Vienna until Monday, when the Austrian bank announces the guarantee has expired and the Romanian state may not come into possession of the money with which Gruia Stoica guaranteed his intention to purchase CFR Marfa.

Below is the report drawn up by the Control Body of the Ministry of Transport regarding the EUR10 million letter of guarantee:

(The document is only available in Romanian.)

(This story is part of the project “Public Funds in Romania – corrupt tenders, mismanagement and theft “, carried out by the Media Investigation Center in partnership with Freedom House Romania and Expert Forum Romania within a grant of the U.S. Department of State, through the United States Embassy in Bucharest. The Media Investigation Center is solely responsible for the content of this story, which does not necessarily reflect the opinions of the U.S. Department of State or the United States Government. The partners and sponsors of this grant are in no way liable for this story.)